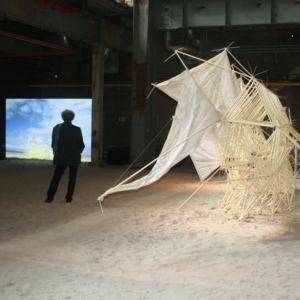 The earth is slowly getting warmer. In large cities the Urban Heat Island (UHI) effect makes it even worse: the buildings and the energy use of so many people together makes that the (growing) cities are increasingly warmer than their surroundings. In addition, heat waves are getting more intense: plants and water can provide some cooling but many cities are not very 'green'.

With newly developed software we were able to calculate considerably sharper images from standard satellite data (e.g. the US Geological Service Landsat 8): this was done for the Land Surface Temperature (LST). It is now possible to search for the largest heat sources within a UHI. The LST is not the same as the ambient temperature, but it does provide a view of the worst 'polluters' that radiate heat out to their environment like radiators in a room do. Other heat sources come from the consumption of fuel and electricity.

For the question at what moment city residents are at risk, ambient temperature, air pollution, humidity and (absent) cooling wind are important factors. But these are not measured with the satellite. However, if the worst heat sources are eliminated, this will ofcourse reduce the ambient temperature and therefore the risk. An urban area that is already a few degrees warmer than our Dutch cities has been taken as an example to make the LST visible: a 4.6x2.5 km area of the Italian city of Naples. 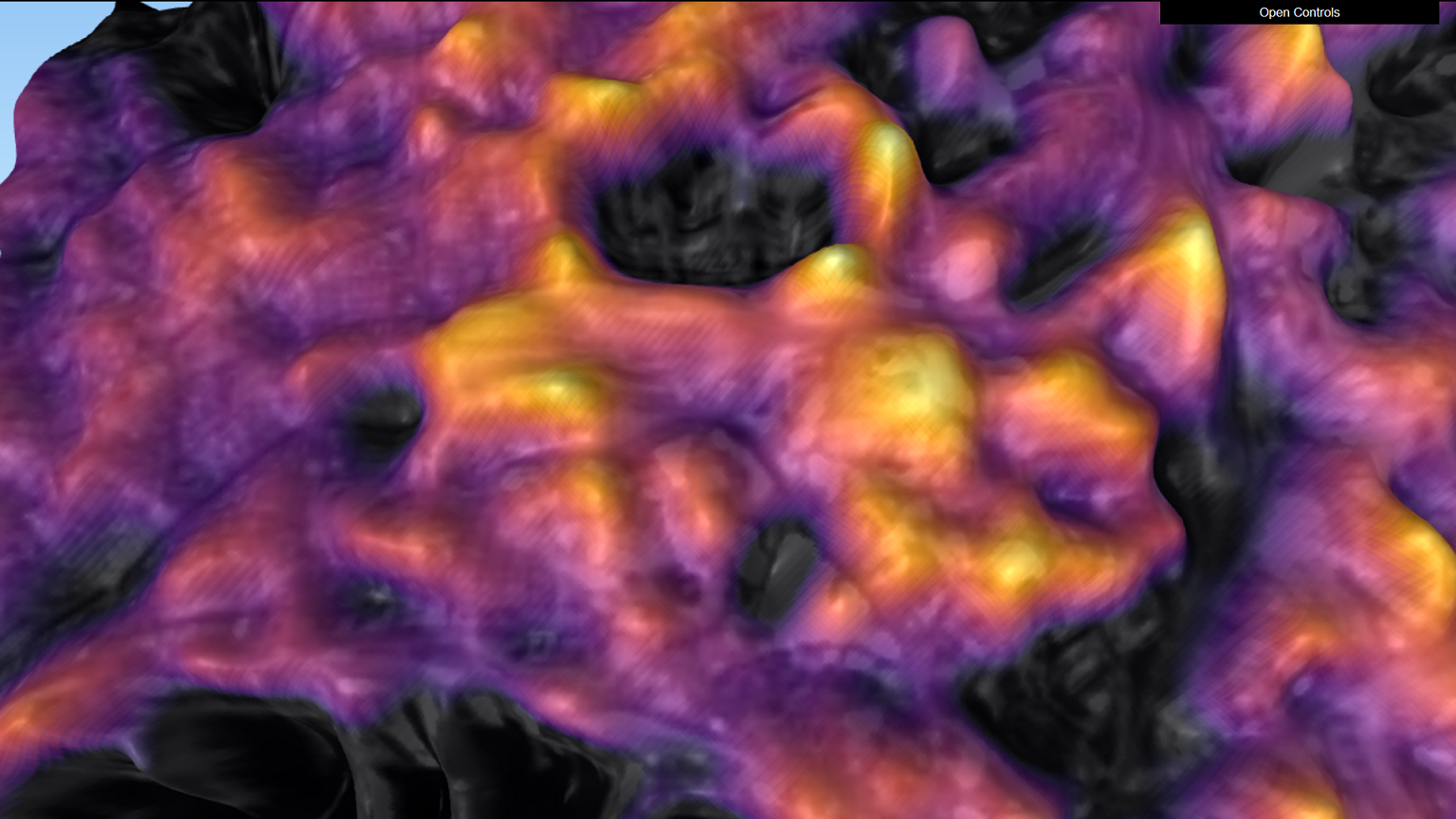 The Bay of Naples with a few piers are easily recognizable. The cool area in the middle of some other buildings that are much warmer is striking: it turns out that it are modern high-rise buildings with green areas at street level. The colors of the high-rise buildings do not show a difference in LST: an explanation is that the buildings are far enough apart so that the cooling wind can get through. The train station is also easily recognizable as an extensive area where it is relatively warm.

The train station and behind it modern highrise buildings (photo from the southwest: Pier Luigi Valente)

Every location can be clicked on in the 3D model: this gives the coordinates (& average daily temperature x100). A correction key is used to calculate the coordinate as it can be used in Google Earth, for example, to view the corresponding building.

The road in between, however, appears to be too narrow to detect with the 100x100m sensors. As a result of the Bokeh effect such a peak can therefore also fall between 2 heat sources, just as 2 car lights merge from afar into 1 with the brightest light exactly in between. It is as if the corrugated sheets are covered with (infrared) lights or heat sources. Large heat sources close together can therefore merge into one. For somewhat wider buildings, the Bokeh effect is no further problem.

The idea is then - with that new knowledge - to adjust the worst performing buildings in order to reduce the UHI effect. After all it is just as well possible to search for the 'coolest' buildings in the same way as is done above so that we can learn the best way to build (in the local tradition).

At first glance, vergitation seems to work well at street level. But because the color difference of the high-rise building makes little difference, when mapping the vegitation (with the Normalized Difference Vegetation Index: NDVI) - the height relative to street level must also be taken into consideration. The Normalized Water Difference Index (NWDI) may just as well be a relevant factor. This is being investigated further.

On a 3D heat image of Rome the Piazzo Navona is easily recognizable and the subtle temperature variations there. St. Peter's Square on the left and the Termini Station on the right are shown as large heat peaks. The Tiber and its banks run through the city as a cool zone.

The ultimate goal is to learn enough so that less use is consumed in the summer (air conditioners) and above all that the living environment for everyone is improved. In this way, fewer emergencies will arise for people with poor health.

It is not always immediately clear what can be seen on remote sensing images such as with the AHN. Research in the field supplemented with satellite images may be necessary: the NDVI & NDWI images with data from the Sentinel 2 satellite are up to 100x sharper than the LST images above (sensor format 10x10m). But sometimes that also does not provide a clear picture of the origin of the traces. They can date from times long gone and if so archaeological and / or historical research will be needed.